The 10 People You Meet At Every Marketing Conference

Every event marketer knows the struggle that is the conference grind. The planning can be grueling: coordinating with sales reps, submitting countless POs to the finance team, getting contracts approved by legal, and of course, the on-the-ground hustle of talking to every type of person imaginable. In preparation for DMEXCO, a digital marketing expo and conference in Cologne, Germany, here's a list of the 10 people that marketers will most likely bump into (and actively try to avoid) during their next conference. 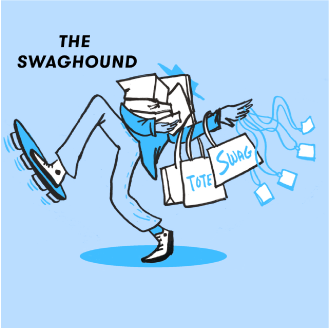 You see them walking down the aisle towards your booth, stumbling from the weight of tote bags stuffed with enough mini power banks to recharge a Tesla. In fact, some of those tote bags don’t even look like they came from this conference. And where did he find someone giving away a branded hoverboard and what appears to be a toaster oven? The swaghound is here for one purpose—to fill their checked luggage with tacky gadgets until it barely closes, and they’ll stop at nothing to achieve their mission. 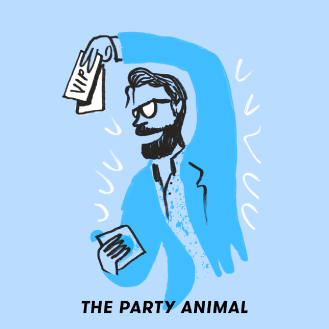 Did you hear about the huge party Company X is throwing this year? This guy has, and he’s happy to tell you about just how awesome it was last year, with intimate details about their ice sculpture in the shape of Seth Godin climbing Mt. Everest that dispensed vodka. The Party Animal has all the hookups for every single cocktail reception, networking event, meet and greet, private suite, blowout, blowup, bash, and bacchanal happening at the conference. Unfortunately, he doesn’t have a single lead, and you’re pretty sure he hasn’t had a single conversation all week that didn’t start with “Did you hear about…” 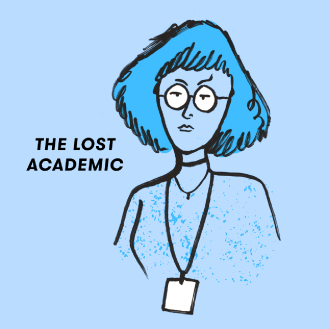 You see them wandering around, tweed jacked rumpled, eyes glazing over, a look of mild horror on their face. All they want to do is present their peer-reviewed paper on a meta-analysis of classical structural/analytical insight related to the marketing of beef byproducts in emerging markets, but the road to Meeting Room B is fraught with peril, and (for who knows what reason) a man on stilts trying to sell something. It’s a far cry from the last Ivy League symposium the lost academic attended, and you just know they’re seriously reevaluating some life choices as they shuffle through the bedlam. 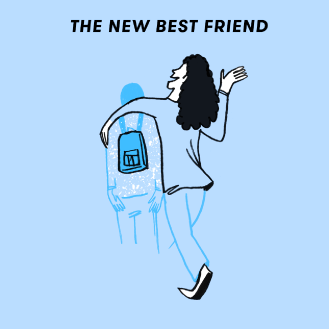 It started with a simple question about how much that platform you’ve seen advertised costs to use. And maybe you wanted to pick up a squishy stress ball. Half an hour later, the salesperson still hasn’t finished their elevator pitch. You’ve said goodbye five times now, made every imaginable excuse, and edged into the aisle, and your New Best Friend. Still. Will. Not. Stop. Selling! For the rest of the week, he’s everywhere—chatting you up over drinks at the cocktail reception, sitting behind you at the seminar, pitching you between mouthfuls of food at lunch. It’s a Stage 5 Clinger, without Vince Vaughan to save you! 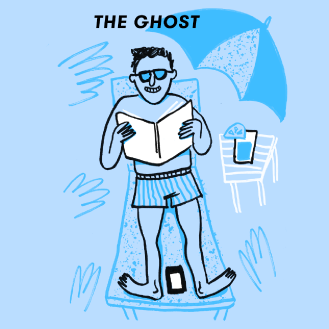 You could have sworn your new sales coordinator had come to the show with you. In fact, you definitely remember sitting next to them on the plane. And they even helped you pull the conference materials off the baggage carousel. On the other hand, you haven’t seen them since your team checked in. You know they’re alive because they keep updating their Instagram feed. The only problem is none of the photos are from the convention center. Or at least not from the part of the convention center you’re supposed to be in. And how did they manage to get a tan in Iceland in January? 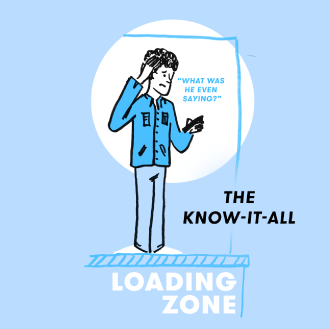 All you wanted to do was find the restroom. You had 15 minutes between sessions, and it was a long day, and Mr. Know-It-All sounded so confident and spoke as if he’d been at this hotel hundreds of times. Except now you’ve somehow ended up in Loading Zone B in the sub-basement; you’re not entirely sure you’re still in the same exhibition hall. The Know-It-All loves giving tips and advice on surviving the conference. Unfortunately, he has no idea what’s going on. That’s never stopped him before, though, and it surely won’t stop them the next time some unlucky attendee asks how to get to the restroom.

No matter how uninteresting, mundane, or generally bland something is, the Professional Amateur Photographer is happy to bring an entire aisle to a standstill as they position themselves for the perfect Instagram photo. Lying down across the central aisle during the lunch rush? Check! Climbing up onto another exhibitor’s table? Check! Almost hitting you in the face with their bag as they maneuver for ideal lighting conditions? Check and check! But it’s ok, because any lack of social awareness or photography skill is more than made up for by the boundless enthusiasm with which they approach their work.

8. The Why Are They Even Here 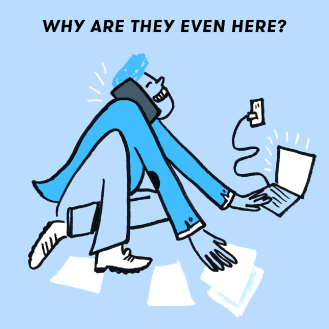 The only time you've heard them speak at the conference is when they've asked for the wifi password. They RSVPed to the cocktail reception, but spent so much time answering emails on their phone, the bar ran out of drinks by the time they got in line. You’ve given up on trying to put them in your booth, because you know they’re going to spend the entire time hiding behind their laptop. At this point, it’s possible that replacing them with a cardboard cutout would be a better use of your conference budget—at least the cutout would interact with other attendees. Probably get more leads, too! 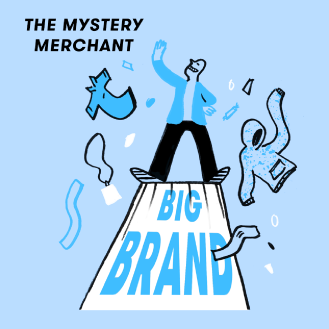 They have the biggest booth on the show floor. Their swag is the stuff of legends (just ask the Swaghound). Their employees are all dressed in immaculate matching outfits that could only have come from a custom tailor. Everything about them screams “Titan of Industry.” Except no one had ever heard of them 6 months ago, and you can’t find a single person who knows what they do. You tried asking the booth staff, but walked away more confused than ever after a 15-minute perfectly delivered pitch on “disrupting industry conventions.” Maybe their entire business model is disrupting literal industry conventions? 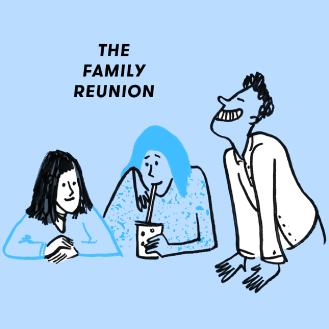 You promised you’d stay in touch, and you totally did. For the first month or two. Then the weekly phone call turned into a weekly email. Then monthly. Now, you’ll occasionally comment on their LinkedIn status updates. But when conference time rolls around, it’s like your long-gone former coworkers never left. They may have broken your heart when they went client- (or agency-) side, but when you see them wandering the floor, all is forgiven. Of course, the flip side of this is that they are here, too. And for the rest of the week, you seem to bump into them everywhere—even when you run out things to talk about.

Bonus: The Coolest Company You’ll Ever Meet
Call it style, panache, or swagger, these guys have it in spades. It’s the kind of confidence you can only get from being an ad industry innovator for over a decade. AdRoll crashed the growth marketing party in 2006 and hasn’t left since, helping tens of thousands of businesses take their online presence from “how?” to “Pow!” No one is quite sure how they got to be so cool. Maybe it’s because they’ve built a platform to democratize digital. Maybe they just hire really cool people. Maybe it’s the way they effortlessly balance not taking things too seriously and getting things done. Either way, you’ll definitely want to talk to them.